The Troubleshooters is an upcoming action-adventure tabletop roleplaying game set in an exciting and adventurous 1960s in the style of Franco-Belgian comics.

The Troubleshooters is live on Kickstarter now! 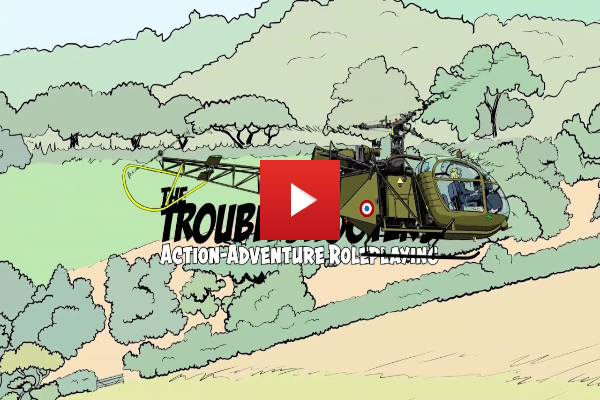 What do you do?

The characters are drawn into other people’s troubles and band together to solve them. Usually, they are not affiliated with any government and not on an official mission. Rather, adventures “just happen” to them. With templates ranging from athletes and explorers to journalists and mad scientists, characters are competent in their respective fields, but not superheroes.

The Troubleshooters will take the characters all over Europe and across the world. They will find themselves at exotic locations, glittering metropoles, deep in the wilderness, or even in cozy country villages, where they face horrible foes: spies, wild beast, mafia, mad scientists, villains, and relatives!

Where do you do it?

The Troubleshooters starts in 1965 in a world similar to but not exactly like our history. For instance, a Japanese-French atomic rocket landed on the Moon in 1964. The Central European principality Arenwald and the republic of Sylveria have been at each other’s throats since the rise of the Iron Curtain. There are valleys that time forgot, mysterious temples hidden in the jungle, secret laboratories hidden beneath museums, and picturesque little cafés on the corner.

Much is the same, though. People have the same jobs, youth culture is emerging, and progress and optimism is abound. However, this world is threatened by the evil organisation The Octopus, trying to upend the fragile balance between the Eastern Bloc and the Western Alliance. Led by graf von Zadrith, The Octopus is just emerging from the shadows.

How do you do it? 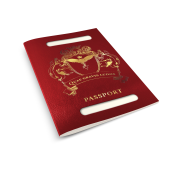 Lead writer and designer is Krister Sundelin. Having grown up with Franco-Belgian comics, he wanted to have a roleplaying game in a similar style, but never found it. Eventually, he got tired of waiting and made one himself. By designing the game for an international market and writing in English, he aims to rule the world within a year. The plan may be a bit ambitious.

Ronja Melin is the lead illustrator and character designer. As illustrator, concept artist and designer, she is well-known in Swedish RPG circles. Being a chameleon manner-wise, she can draw or paint anything. Thus, she already rules the world, and has no need for plans of world domination.

Acclaimed designer Dan Algstrand is the art director. As a graphics wizard with an innate understanding of roleplaying games, he is responsible for design and layout of The Troubleshooters. His plan for world domination involves getting his name in the credits of every roleplaying game in Sweden.

Our plan for world domination

The plan for world domination is very simple.

Although the script is complete, we still have preparations to do to get all our forces pre-positioned for our take-over. That means that we aim to release The Troubleshooters to an unsuspecting world in autumn 2020.

We have plans for campaigns, background books and other stuff in the future, but we will not reveal the details for this step yet. Only when we have captured the heroes will we gloat about this step of our plans!

By this time, we should have achieved our goals and it will be too late to stop us!